← more from
Strange Famous Records
Get fresh music recommendations delivered to your inbox every Friday.
We've updated our Terms of Use. You can review the changes here. 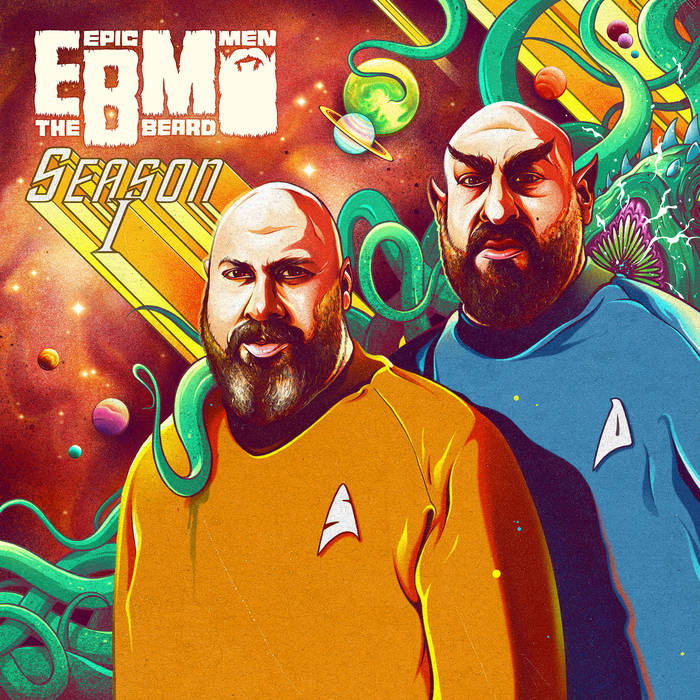 Owen W Bombastic conscious hip hop a la Run the Jewels that keeps me bobbing my head the whole time, without a single lull in the tracklist. Inventive song topics and metaphors are delivered with relentless flows and matched with inventive beats. The production is maximal and dynamic, often changing several within a single verse. I hope the title of this project means we can expect more, because these two create magic together. Favorite track: Shotgun Golf.

After a decade of sharing stages and crafting collaborations in the studio, real-life rap BFFs SAGE FRANCIS and B. DOLAN have finally caved to years of fan pressure to form an official group: EPIC BEARD MEN. The super-duo embraced the absurd name as a reminder to themselves that, while they tackle a lot of difficult subject matter in their solo work, this group’s mission boils down to one thing: “This is supposed to be fun, for fuck’s sake.”

Arriving with a playable, Streets of Rage-style web game to accompany it's 16-bit funk and lyrical savagery (available at EpicBeardMen.com), "FIVE HEARTS" is the lead single from "Season 1". The first offering of the year from EBM finds Sage and B over infectious production from Le Parasite, killing it in 2-player mode while reminiscing on a childhood wasted playing 'goddamn video games' and an adulthood with too few magical lakes. By the time the track shifts into full chiptune mode and bags another castle, the newly-minted duo have changed the high score. FILL HER UP!

Strange Famous Records released their “WAR ON CHRISTMAS” single for free last December as a teaser of what the team has in store for the new year, and made it crystal clear that these two are not just here to discuss personal grooming; The EPIC BEARD MEN are gunning for a spot among your favorite partnerships in music. The stockpile of songs they’ve been meticulously obsessing over for last 2+ years feature Francis and Dolan tackling a vast array of concepts and trading off some of the most sardonic, punchy, and fun lyrics you’re likely to hear in 2018.

The “SEASON 1” EP is stacked with a signature blend of dusty breaks and absurdist lyrics, infectious grooves and slapping snares, plus the effortless rapport of two of indie rap’s best passing the baton back and forth with the only other emcee capable of running this rap race at such a breakneck pace. EBM’s full-length debut album is slated to drop in October. In the interim, fans can expect videos, remixes, social media meltdowns, and lots...’o...touring.

Keep up with the adventures of the Epic Beard Men at:

11 2Bad
Beat and scratches by Buddy Peace
Originally released in 2012 on B. Dolan’s “House of Bees, Vol 2” mixtape

Except where noted, vocals and writing for all songs by Sage Francis for Sage Francis Publishing (ASCAP) and B. Dolan for Bear Heart & The Spare Parts (ASCAP.)
All songs mixed by Alias and mastered by Daddy Kev.
Cover art by Chris. B. Murray. Layout by Storm Davis.

Sage Francis and B. Dolan would like to send love to the following beardos:

STRANGE FAMOUS 'TIL THE GRAVE SHAVES US